AutoCAD is  a commercial software  application for 2D and 3D computer-aided design (CAD) and drafting —  available since 1982 as a desktop application and since 2010 as a mobile web- and cloud-based app marketed as AutoCAD 360.Developed and marketed by Autodesk, Inc.,

AutoCAD was first released in December 1982,  running  on  microcomputers with  internal graphics  controllers. Prior  to  the introduction  of  AutoCAD,  most  commercial  CAD  programs  ran  on  mainframe computers or minicomputers,  with  each  CAD  operator  (user)  working  at  a  separate  graphics.

AutoCAD  is  used  across  a  wide  range  of  industries,  by  architects,  project  managers, engineers, designers, and other professionals.

As  Autodesk's  flagship  product,  by  March  1986  AutoCAD  had  become  the  most ubiquitous  CAD  program  worldwide.  As  of  2014,  AutoCAD  is  in  its  twenty-ninth generation, and collectively with all its variants, continues to be the most widely used CAD program throughout most of the world 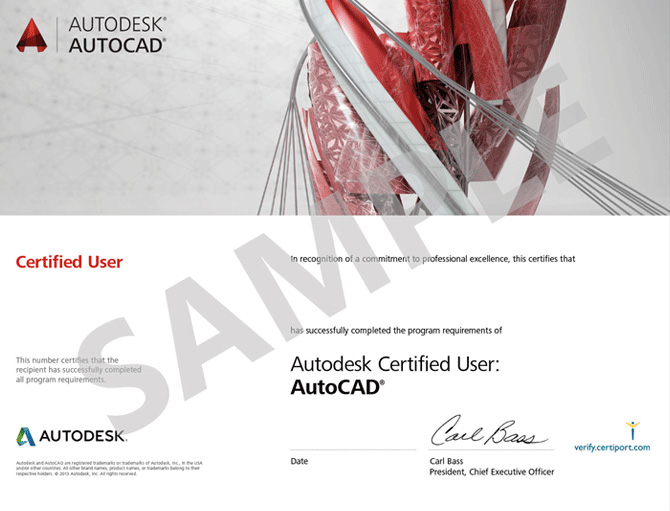 The AutoCAD 3D Foundation Workshop provides beginners with a strong grasp of the 3D modeling skills required to successfully participate in our intensive Project Based Course.

This workshop will allow users to gain an understanding of AutoCAD 3D modeling fundamental techniques modeling a room, 3D details, using drafting views and working with text and tags will be covered. Students also learn the proper workflow for completing an entire project and creating construction documents.

The 3D AutoCAD 3D Foundation Workshop can also serve as a standalone course for architects who are interested in getting an overview of the latest version of AutoCAD.